By Kate Westall
2nd September 2022
Facebook
Twitter
Pinterest
WhatsApp
Very simply put a wardrobe is an area that is built to store the clothes of people. The first known wardrobe was a chest that was used   store clothes. It was simply a box-like structure that was used for stacking the clothes in proper condition.

How The Modern Day Wardrobe Came Into Existence?

Storing or organizing the clothes properly is a part of cleanliness and hygiene. It was the main reason to use wardrobes. It was then that the wardrobes were given a good structure and design and decorated with accessories to make them look beautiful much like the modern-day built-in wardrobes. Later the wardrobes were not only used as storage but also to add a statement to the space. It was sometimes colored in various colors as per the taste of the designer or the country where it was used. Gradually it became resplendent and gained significance. Once it was stacked with royal clothes they became even more important and beautiful.
As the storage area of royals was much bigger than the common man’s, they were made to occupy one whole room where all the walls were lined with lockers and closets and were similar to built-in wardrobes. This ultimately came to be known as the wardrobe.
Wardrobes can also have spaces for keeping shoes. With the invention of the drawers, came a fleet of more innovative accessories in the wardrobe. With this was kicked in the trend of building hanging spaces, lockers, sliding drawers and shelves, and even shelves that could be adjusted to accommodate clothes as per the demand of the user.

The Various Compartments Of A Wardrobe 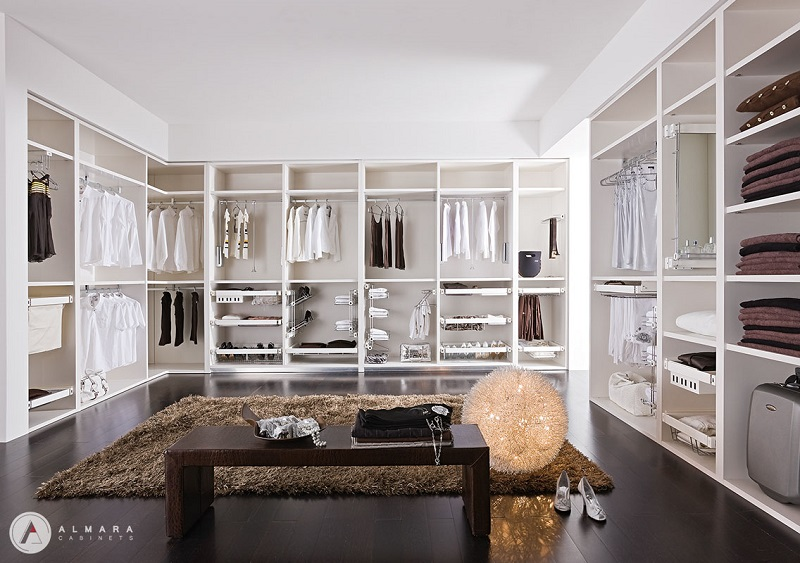 Wardrobes are made as per the size of the room and also considering the need of storage space for clothes ad other accessories. Sometimes it’s just a simple quadrangular area while at others it is an area that has two or three compartments. In the three-compartmental wardrobe, the two sides were fitted with shelves to store clothes that were needed to be kept folded while the central part had a hanging system and lockers as necessary.

A built-in robe is also known by another name – the fitted-in wardrobe. It fundamentally consists of a system of consolidated closets and storage areas that is specifically built for the owner of the house. They are made to fit exactly into the space that is available in the bedroom. So naturally later on it cannot be shifted to someplace else.
So essentially a built-in wardrobe will only fit into the cavity it is made for. It will not fit anywhere else.

Which Is A Better Option – A Built Inn Wardrobe Or A Standalone Cupboard? 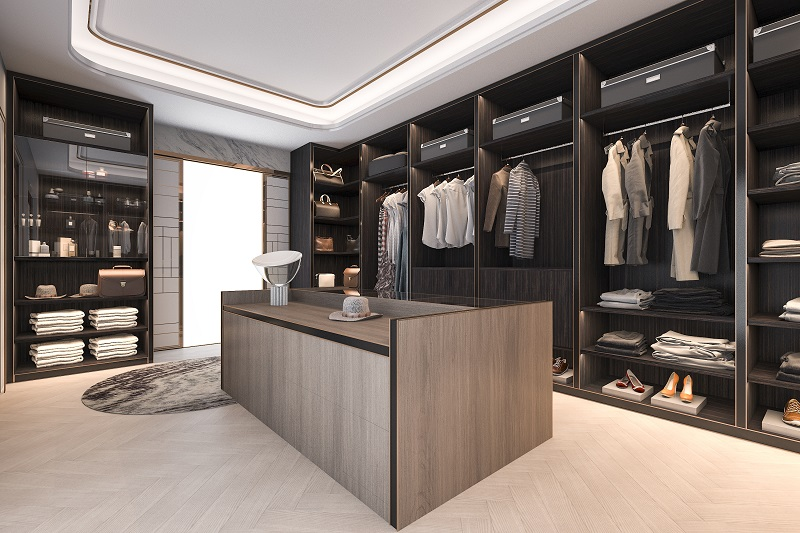 Both have their pros and cons. It depends on what your need is to determine which of the two is a better option. If you plan to move out later on you can carry your stand-alone with you. On the other hand, a built-in wardrobe remains fixed to the wall of your bedroom. You may also run out of storage space soon but ultimately it all rests upon you to decide which is better.

What Should You Know Before Deciding On A Built In Wardrobe?

Before you decide on your built-in wardrobe, you must know what the cost of it is per square feet, what color suits best for your space, and what is the cost of the material that you will be using. These are the factors that you should consider before building it.

Advantages Of A Built In Wardrobe

There are some massive advantages of built-in wardrobes. They are:
Rounding Off
Built-in wardrobes offer the luxury of ample space in today’s world where space Is very hard to come by. So by all means when they can be fitted from wall to wall they are the ultimate choice when it comes to clothes storage.
Home Improvement

How To Decide The Best Pergolas For Your Backyard?

Getting your backyard equipped with pergolas is perhaps one of the best ways to enhance its utility. It is because you may create a...
Home Improvement

All You Need To Know About The Importance Of Landscaping

Landscaping is more than just beautifying a yard. After all, even a barren yard may appear attractive with well-kept grass. Landscape design entails converting...
Read more
Lifestyle

Brandy is one of the oldest and most classic spirits. It is consumed by most of the population worldwide for medicinal purposes or to...
Read more
Home Improvement

No matter how cool and stylish the lifestyle magazines show your living room can be, it is up to you to choose what makes...
Read more