By Kate Westall
21st October 2021
Facebook
Twitter
Pinterest
WhatsApp
Every industrial process generates an ample amount of pollution in the air. The entire process includes the manufacturing of the product, all sorts of maintenance services, sourcing of the raw materials, and also the repairs. There are much different air pollution control equipment which is available in the economy. These are devices that reduce the emission of air pollution in the environment both in large and small scale industries.
When we want to cover the actual reality behind the damage caused to mother Earth then we refer to the term air pollution control equipment. This equipment is installed in the respective industries to eliminate the discharge of harmful and dangerous substances and particulate gases. The following emission is due to the manufacturing process within the industrial unit.
The air pollution control equipment follows a certain application in many different sorts of industries to prevent the release of hazardous chemicals, dust particles and filter them and purify the surrounded air in the environment. The procedure is that the fans push the exhaust the industries for air control  equipment and then it removes the air pollutants through the usage of three processes mentioned below:

There is some specific air pollution control equipment that utilizes more than one method of removal process explained below-
These devices are used to simply control air pollution with the help of a specific filtration medium which could be either fabric, ceramic, or metal. These are used to collect the dry particulates and then remove them by stopping them before getting eliminated into the air. HEPA filters are the best among all the air filters used to gain high- efficiency. On the other hand, we have biofilters which are also pollution control devices mostly used to remove micro-organisms.  Like  fungi and bacteria can probably degrade the water compounds.
These are devices that are used to remove harmful gases from the emissions in the industry such as a stack of huge smoke before it gets mixed with the fresh air in the environment. There are two categories of scrubbers- wet and dry. Scrubbers are the best way to remove dust and dirt along with the chemical particles. Reduces the pollution in air and the atmosphere providing a safe environment for the employees working in the industries. 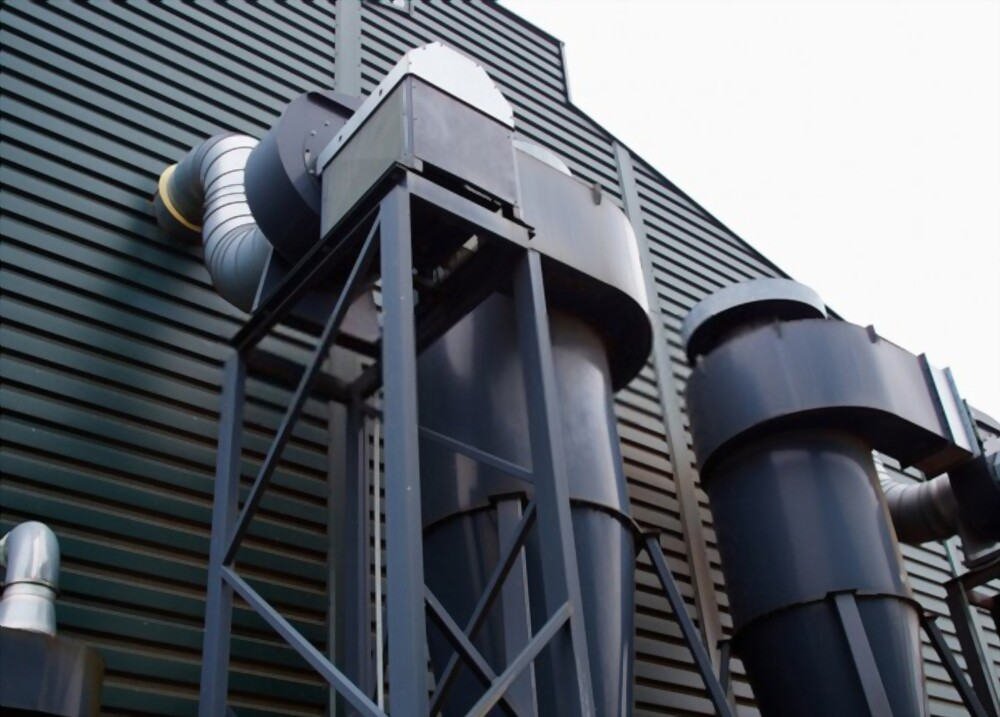 These collectors are also termed as moisture eliminators, the reason behind this is that it helps to remove the moisture and vapor content in the gas lines like smoke and mist. They have filters that are mesh-like to separate the small minute liquid droplets from the gas.  Also collect them into a separate container for further processes and there it can be retained and reused for some better purpose. The collectors are  used as filters to separate the mists, vapors and smoke before letting it out from the chimney to the open sky.
That is why we should try making suitable arrangements and installing reliable devices inside the industries which could lessen the rate of such harmful and hazardous emissions. The air pollution control equipment is the best choice and gives positive results. Keeping the environment will in return benefit us. If we intake harmful gases then it may affect our health and may suffer from health problems. So taking steps towards controlling pollution is very important.
Business

Hot Water Systems are the systems that are used to heat the water. They find a use for residential and commercial purposes. These systems...
Home Improvement

Checklist To Find The Best Company For Security Camera Installation

So, you have finally taken the decision to install security camera or closed circuit television (CCTV) in your premises. But, this is only the...
Read more
Home Improvement

Prefer going with Kitchen Cabinet Repair Instead of Replacing

Kitchen cabinets have a very important role to play. They grace the kitchen with their look, and at the same time, it also ensures...
Read more